With clean energy being generated at lower and lower prices around the world, solar power is playing a leading role in bringing the curtain down on coal, and will help the decarbonization of transport and space heating too. 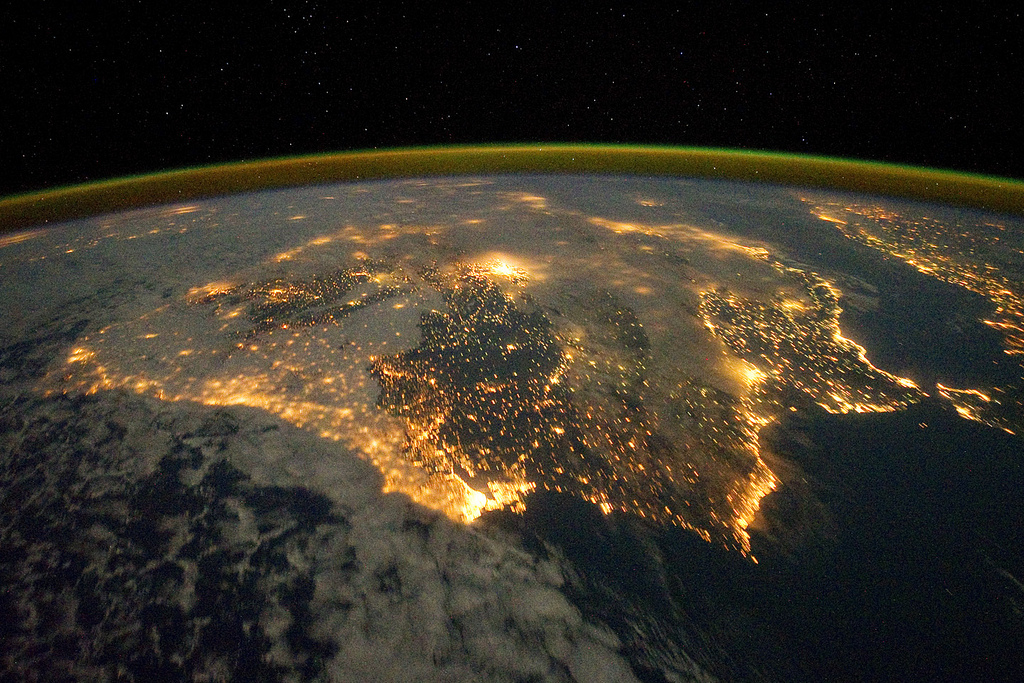 The days of coal-fired power around the world appear to be numbered as PV heralds a brighter future.
Image: NASA Goddard Space Flight Center/Flickr

Solar power’s leading role in driving the energy transition – and the decarbonization of other sectors required to stave off catastrophic climate change – has once again been highlighted in a major global study.

The International Renewable Energy Agency (IRENA) has published a study that not only signals the end times for coal-fired power, thanks to plunging unsubsidized clean power generation costs, but also indicates how cheap renewables can power the electrification needed to reduce carbon emissions from transport and space and water heating.

“In most parts of the world today, renewables are the lowest-cost source of power generation,” states the first sentence of the Renewable Power Generation Costs in 2018 report. That bold statement is backed up by a prediction that next year some 83% of the electricity generated by new PV capacity will be cheaper than new fossil fuel generation. Based on IRENA’s power purchase agreement and solar auction database, solar will generate electricity at a global weighted average price of $0.048/kWh in 2020. Such a figure would ensure PV electricity would also be cheaper than the marginal costs of power generated from 700 GW of existing coal-fired power stations worldwide.

With solar module prices – and other PV array components – continuing their steepling falls last year, solar can boast the best learning rate of all renewable energies, with an estimated 37% between 2010 and next year. The learning rate represents the percentage reduction in costs for every doubling in the volume of generation capacity deployed.

IRENA reports PV panel prices fell 26-32% between December 2017 and the end of last year, to European prices of around $216/kW for the cheapest products, $306 for standard modules, $400 for high efficiency options and $420 for ‘all black’ panels.
That in turn led to notable year-on-year falls in the cost of developing solar plants around the world, with India leading the way with PV projects costing a weighted average of just $793/kW of capacity installed. Project costs in China came in at $879/kW last year and Italy saw a fall to $870/kW. The wide variability of global prices was reflected by the fact solar projects cost an average $2,101/kW in Japan and $1,500 in the U.S. and Australia.

Despite such wide price ranges, the levelized cost of solar electricity(LCOE) continued to fall in most regions, with the U.K. and Germany rare exceptions. The end price of solar electricity fell 21% year-on-year in India to $0.063/kWh; 20% in China, to $0.067; and 18% in the United States, to 0.082/kWh. While Japan experienced only a 1% fall last year, to $0.153/kWh, Germany actually saw a 2% rise in the solar LCOE, due to higher project development costs.

Record low LCOE figures recorded in the UAE, Mexico, Peru, Chile and Saudi Arabia showed a price of just $0.03/kWh is possible in many of the world’s sunnier regions as IRENA recorded a global average price for solar power of $0.085/kWh in 2018.

The agency reports the solar industry was able to continue to bear down on prices thanks to more competitive procurement regimes, as several markets switch from incentive-driven deployment to the type of reverse auction tenders which have been so successful in driving down solar energy prices in India, a nation IRENA already considers the second largest PV market in the world, with 9 GW of new capacity added last year.

PV deployment in sunnier regions of the globe helped reduce prices but the third significant factor cited by the report, affordable financing, is by no means guaranteed. IRENA noted the role of low interest rates around the world and added, stable local currencies or dollar-denominated projects were an important factor in the falling costs of solar.

With the rise of renewables asking tough questions of traditional power distribution networks, IRENA also warned a systemic approach to incorporating flexibility into grids will be necessary to maintain progress in the affordability of clean energy.

With experience in Germany, Spain and Scandinavian countries demonstrating grid upgrades can be made in an affordable manner, the report stated infrastructure costs “could be minimal if a systemic approach to the power system transformation is applied, but could rise if opportunities for flexibility options are confined narrowly to the electricity sector”.

The study highlights the effectiveness of applying carbon prices in the race to make thermal power obsolete and noted the introduction of a carbon price floor in the U.K. saw coal-fired generation fall to 6% of the energy mix last year, with renewables supplying 28%. Such measures mean, with the global coal power fleet set to reach 2.1 TW of generation capacity next year, up to 40% of existing coal power stations could be generating energy more expensively than new renewables facilities, according to IRENA.

The importance of the rise of renewables will be felt beyond the power sector, said the agency, with the 19% chunk of overall global energy demand supplied by electricity today set to rise to 49% by 2050. Electricity could power 70% of passenger transport by that date, and 43% of all transport. With the potential for 68% of water and space heating in buildings to come from electricity by 2050, the role of renewables in decoupling non-energy sectors from carbon emissions is clear.

And even the price of saving the world is coming down, according to the report, with IRENA having cut its estimate of the amount of investment needed to hit the Paris goals having been revised down 40% this year.