Ratingen/Cologne, September 24th 2013 – Zeversolar, the second biggest Inverter producer from China, has partnered with Energiebau to introduce new inverters to the European market. From October 2013 on Energiebau will distribute Zeversolar’s inverter-line starting in the Netherlands. The product line will be on stock and distributed in Benelux. Zeversolar will also be present on the stand of Energiebau Solar Power Benelux during the Energie 2013 exhibition in s’-Hertogenbosch, the Netherlands.

With single phase inverters from nominal 1.5 KWp to 5 KWp and three phase inverters from 4 KWp to 20 KWp, which were already certified for use for most of the European markets, including The Netherlands, Germany and UK, Zeversolar presents a wide range of highly efficient string-inverters for residential and commercial solar energy systems. All inverters e.g. already possess the G83 or G59 certificate for UK. 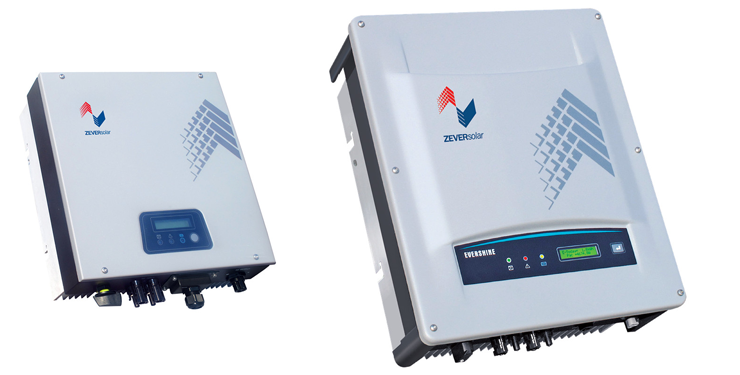 “We are confident that our single and three phase inverter line is meeting the requirements of the demand in these markets with its mix of quality, liability and budget price point. We are looking forward to meet the interest of the installers via Energiebau’s wide network of PV-related business partners,” said Sven Schreiber, Executive Vice President for Sales, Service and Marketing of Zeversolar.

“With Zeversolar and their portfolio for the budget segment we found a reliable partner to address this growing market segment,” confirmed Roel Cals, Managing director for Benelux of Energiebau.

Founded as Eversolar and merging in 2011 with ZOF, Zeversolar became part of the SMA group in 2013. The company has successfully established itself on the market in Asia and Australia with its grid tied inverters and is expanding the business operations in Europe. With headquarters in China and a subsidiary in Melbourne, Australia, the company has now set its eyes on sustainable growth in Europe. To this end, Zeversolar opened European headquarters in Germany. With its new European sales team, Zeversolar will also be present at the Solarenergy 2013 fair in Birmingham to showcase a number of new products for the European market.

Jiangsu Zeversolar New Energy Co., Ltd., part of the SMA group since 2013, emerged in 2011 as the result of a merger between “Jiangsu Eversolar New Energy Co., Ltd.” and “Jiangsu ZOF New Energy Co., Ltd.” The company, located in Suzhou (Jiangsu province), develops, produces and sells PV inverters. It offers a range of products from residential PV systems all the way to PV power plants in the megawatts. The ISO 9001:2008 certified company carries out production in Yangzhong (Jiangsu province), has research and development facilities in Suzhou and Shanghai and also has six sales and service branches in China. Zeversolar also has subsidiaries in Australia and Germany. Zeversolar currently employs more than 400 employees worldwide. In 2012, Zeversolar achieved sales of CNY approx. 300 million and sold nearly 400 MW of inverter power, making them one of the leading PV inverter manufacturers in China.

About Energiebau – The Solar Power Experts

As one of the leading European wholesalers specialising in PV, Energiebau offers a variety of solutions and products for the production, management and storage of solar power. The globally active German company has had 30 years of experience in the solar wholesale business.